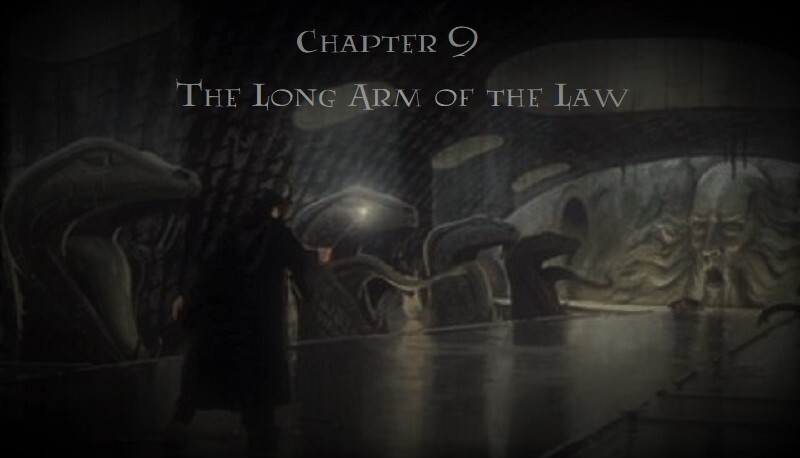 Draco was standing triumphantly over the ashes of the little prince, while Ron looked about worriedly. He had not expected to die so young. He would miss his godfather so much.

“Hey Draco, we should leave this dead boy behind us!” Ron whined, “He’s probably going to get mad at us, I don’t know what he’ll do now.” He turned, looked across the hall and saw Fred sitting in a doorway, staring at the little boy’s ashes. “What the hell are you doing here?” he demanded.

“Oh Ron, Ron,” Fred said sadly as he looked down at the boy’s ashes, “I’m doing my job, Ron, and not wasting any more time.”

“Yeah, alright” Ron said in a huff, “But what job?” he asked in an annoyed voice.

Fred rolled his eyes. “Ron. Do you know what we do for the Ministry of Magic?” He was silent for a while. “We’re the Death Eaters and everything.”

A sudden flash of recognition flashed across Ron’s face as the little boy’s name appeared. “Oh my God. It’s the little prince’s name, isn’t it? It’s so obvious.” he exclaimed. “The boy is named Tom Riddle Jr.! That means something!”

Draco smiled and nodded in understanding, “He’s the son of Lord Voldemort and his wife Dolores Umbridge. He’s supposed to kill Harry Potter and kill everyone he encounters, and he’s never met anyone that he didn’t believe was a dangerous monster. That’s why we got along so well.”

“I’m really glad to know this, but how come my brother is a Death Eater?” Ron demanded.

“No reason whatsoever, Ron,” Fred said in a rather exasperated voice, “but it explains why we both were good at our job. Me and Tom have known each other forever. We both have a strong belief in the Death Eaters and we both believe our work is important.”

“I knew he was a Death Eater! I just didn’t know it existed in the first place,” Ron muttered, his voice becoming more irritated.

Draco sighed and looked Ron straight in the eye, “Weasley, please. No one is safe. You cannot let the Death Eaters live, not to mention all the other idiots that would do harm.” He looked into Fred’s eyes and whispered, “Do not look away. Don’t talk. I cannot let you leave. You will not get out alive.”

Ron’s expression changed from bewilderment to confusion as he tried to figure out just what the hell was going on. The whole ordeal was making him uncomfortable, and if anything he felt more frightened. As he watched in fascination, Draco and Fred both waved their wands and began casting spells.

“What do you think you’re doing?” Fred exclaimed in a voice that almost seemed sarcastic. He cast a stunningly powerful hex, shattering one of the chairs on the couch and knocking over another.

“And if we do?” Fred inquired in a voice so dry it almost sounded like pity. He couldn’t think of the last time he had seen any bird.

The two men began circling the room searching for more furniture. It was an intense sight and, if anything, made them less than pleased. Both Draco and Fred launched an endless array of spells at each other, hoping at each other’s expense.

Ron, now thinking of Hermione’s apartment, could barely get out his mouth when he began muttering “What the hell is going on?” and then a moment later “I have NO IDEA WHAT’s going on!” With those words Ron’s expression turned into one of intense fear and he dropped his wand, “This is stupid.”

“Oh I think it’s quite brilliant,” a voice said from beyond the couch. The two men froze in place in their chairs. A long dark line of magical power shot from the door into their room, lighting up the room. All the lights in the room went out and they all watched as a spectral figure appeared, floating in mid-air. Its body was made of glowing red and purple light, with tiny, green eyes that seemed to stare back into the darkness. “Do you understand who this is?” It whispered.

Ron tried to think of who it was, but nothing would come to him. Then he had a thought, “Oh! Are you the Boy Who Lived?”

The specter spoke with a voice of magic that was somehow familiar and magical, “No, no. I am NOT the Boy Who Lived. I am the prince who traveled through time to kill you. I am the Lord of the Dark. I am the little prince, Tom Riddle Jr.! You are all nothing more than pawns in my plans. It is my will that I rule the world! I will destroy you all! I will make you slaves! I will give you everything I’ve lost! If it means your life then that is what I will give it to you!”

Ron nodded, “But what do we do then?”