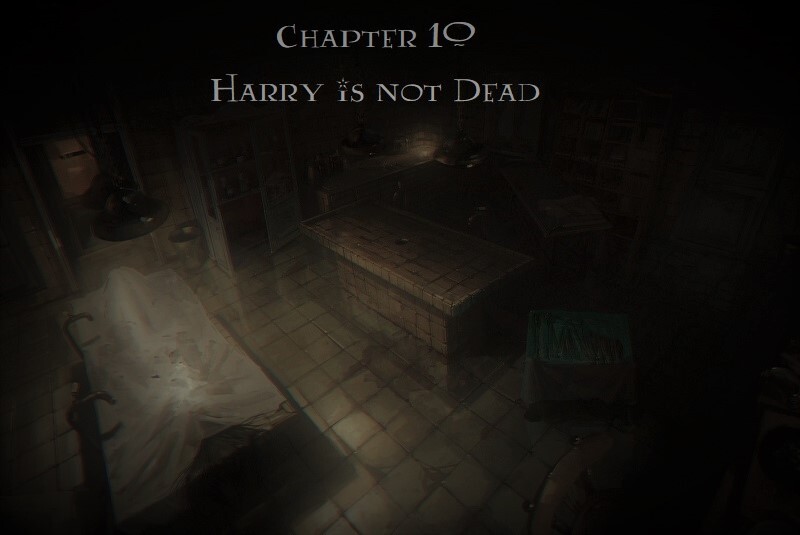 Deep in the Hogwarts morgue, Harry Potter was still breathing, though his heart had already stopped beating. After an instant’s contemplation, Harry Potter decided that in the event that the heart stopped, he should be kept alive in some sort of heart chamber for a while longer. So he decided to take out one of his many healing charms to help him stay alive longer. This had been a great gamble for his future. For his future, his future life with Draco.

Harry Potter opened the small vial and immediately felt a wave of relief as an enormous amount of magical energy was transformed into his body. He felt the power come upon him in waves, from each new wave, until it was a complete storm. As the wave of power swept over his body, he felt a small wave of happiness begin to overtake him, but it was short lived. Harry’s body quickly felt the intense magical pain and he was unable to move an inch. “What in god’s name… I feel like a fucking moron!” Harry screamed.

“Well, you should have been more careful with the magic this time, and your wand wasn’t exactly powerful enough for such an intense magical charge, and your robes weren’t particularly light enough,” Hermione said from across the room. She rolled off the bed, revealing the long tailed owl she had been hiding under her pillow. She held it at a 90 degree angle.

Harry had no idea how she managed to hide a owl under the pillow. It was obviously a good thing. Hermione seemed to have her own plan and had been the one to get the owl’s attention.

“Well, it’s actually the time for me to get out of here,” she said. Hermione looked to Harry and gave him a sympathetic look. The owl stared at her, and then turned. It was a simple white owl with a black feather perched on its chest. It was about eight feet tall, “Would you like to ride my owl up?”

“We’re going to get caught in this mess,” Harry said quietly as the owl slowly lifted up. The owl slowly raised its head and turned, before it vanished. The morgue was empty of owls.

“What do you think?” Hermione asked curiously, “It’s an invisible owl!” The owl’s eyes twitched as they looked at her.

“That looks a little suspicious,” Harry said nervously. “This is a really strange owl!”

“Don’t worry, no one can see it.” She helped Harry onto the owl’s back, “Goodbye morgue, I’ll call you later if you want to talk to me.”

With that, they flew the owl’s body through the air. Harry was surprised, the owl would never fall. ‘This owl’s got eyes and he can see,’ Harry thought to himself.

Hermione’s invisible owl flew over the Great Hall, with Harry and Hermione standing on top of it. When it finally landed in the middle of a large table, Hermione said, “Come on, everyone. Let’s see who wins. Harry Potter will win.” Harry and Hermione looked at each other and nodded to make the table.

Harry looked at his watch. It wasn’t too late. At least he was starting his night early. He would get in the Hogwarts common room, change into his clothes, take his wand and look out the window for a good hour or so, then walk into the common room and walk up to Tom Riddle Jr., stand him up to look him in the eyes and tell him that the day has come for him to die.

Hermione got off the owl as quickly as she was able, but after an uncomfortable silence for a moment she said, “I guess we should get going. I wonder how Ron’s day has been? Do you think it was a good idea to put him through the ordeal? I mean, I know Ron’s a bit of a prat but he’s quite good about being polite, you know?”

Harry looked to Hermione. “I know that he has trouble taking orders when he comes home, and he probably doesn’t want to talk to me about it, so I’m pretty confident that he can handle it himself. I’m sure he’s going to be fine.” Harry smiled when he thought about it. Good old Ron was going to be okay after all, and Draco Malfoy wasn’t going to be upset by anything.