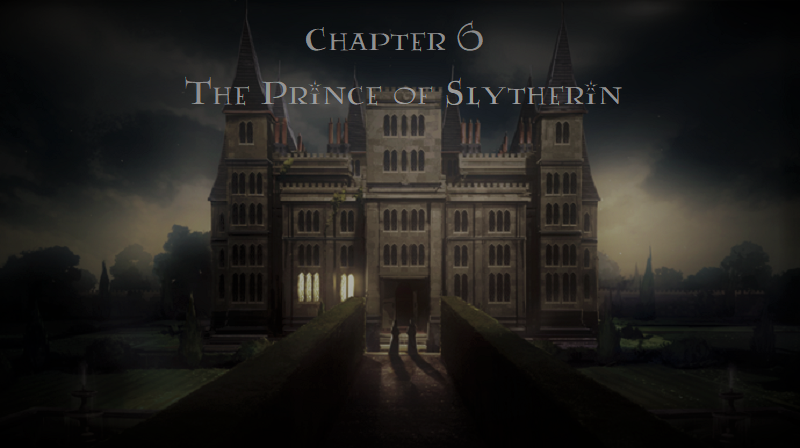 It was a Sunday afternoon. After some careful consideration, Harry pulled himself from his bed to find he was still there. He then turned around to see that Snape was still in front of him in his robes, dressed in black. The only thing that he had on at this point was an old black robe that he hadn’t washed for the past few days, which was a bit of a shame to say the least, since it was only the day before Draco’s trial.

As soon as Harry walked up to Snape and turned around, Snape was gone as well, with no explanation of how this happened.

Harry decided to change into his robes, and then head over to Draco’s place. At the entrance to Malfoy Manor, however, he stopped, just as he had done many times before, to watch the crowd outside the front door, which seemed to be going crazy, and to hear the faint voice of a woman who would later be named Hermione Granger talking with tears in her eyes, about how she would never give up on Harry or the twins.

Harry wondered for a moment if the crowd that was outside Draco’s place were the ones who were chanting, but a group of Aurors appeared, led by one of the twins, and they led Draco away into the crowd, with a stern look and loud words.

Draco stared at Harry, in shock, and Harry knew exactly what this was. The Ministry of Magic was planning to kill Draco for treason. It was too early, why couldn’t someone tell him this before it happened?

What a crazy, horrible day!

Suddenly, the thought came to Harry, and he felt anger. He couldn’t tell what was worse: that the Aurors knew about what was to happen, or that Draco was innocent and the Ministry was conspiring to kill him.

He pulled out his wand, and fired a quick curse on himself. He looked up with a pale green glare as the magic that shot from it was stopped with a crack and a screech. Draco and Hermione looked up in shock. Harry had just cast something that he didn’t even know how to cast: The Curse of the Green Light.

The green light in his eyes began to fade, and he looked around at the Aurors, wondering where this would lead. They gave him one final look before they began to run away in terror, along with the crowd. Harry turned around and looked at Draco, his eyes shining bright.

Harry had known this day was coming for a very long time. He had wanted it for a long, long time, but he hadn’t known how to say it out loud. Now, he had to tell Draco, “My love, I have learned the hard way, that if I didn’t love you this long, my life would end.”

Draco stared at him, as if he had spoken the words for him, and then he took a deep breath and said, “I love you,” and Harry felt Draco’s fingers on his back begin to warm, as if someone had knelt beside him. Draco gave him one last kiss and then ran off into the night.

And, with that, Harry sealed the magical bond of love between him and Draco Malfoy. And Harry closed his eyes and cried with a mixture of relief and sadness. He then remembered what he had said the night he had been born in the Ministry: If I didn’t love Draco Malfoy, Draco would never have known how to love me.

Hermione, for her part, said nothing. But in her mind, there was an emotion that was unmistakable. Something she could never put her finger on. Harry felt it.

And then Harry had a horrible idea. He started laughing. It was as if laughter came in waves, and suddenly the pain in his body stopped; Harry didn’t even have pain anymore.

He looked at Hermione with a small smile that he was having trouble keeping hidden because it was just the kind of smile he would have given if he had been a Slytherin at school, and he saw her face flush with tears, so big they were spilling from her eyes as if they were red hot, “Hermione, we are going to die tonight.” He pulled out the box Snape had given him, and he opened it; within was a bottle of whiskey, and two bottles of brandy. He handed her the whiskey.

She took it quickly. “I know.” She smiled again, though she looked slightly disappointed, “But we can’t let your death end without a proper funeral.” And now she was smiling back at him.

At that moment, the sun was shining through the trees and Harry looked to see the lake, and saw that there had been a small boat floating in it. It seemed to be a pretty good boat, and it was covered in the most magnificent foliage, almost like a forest. He could have picked it out at any time. Harry had always wanted to be a forest ranger. So this would be his chance. He shared a drink with Hermione, and she looked at the lake as if it was very familiar.

Hermione gazed out for a long time, as if searching for the key to the boat, “We must not tell the little prince our death is imminent.” She said sternly, “Because he would want to kill me himself.” Then she hugged her best friend so hard she almost broke his neck.