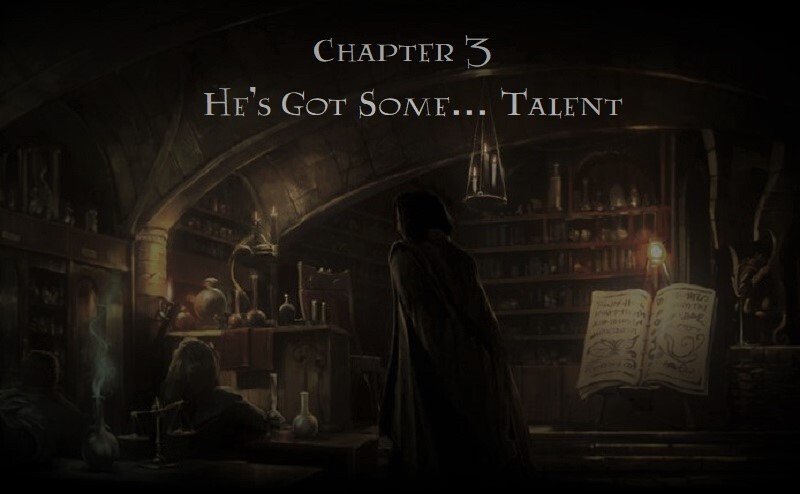 He took another deep breath and looked around the Potions Classroom.

The smell of potions made Harry smile, as did the sound of magic. It was something that was on the list of things that he needed to improve on in order to be useful to himself.

And it was in the Potions class that Harry found the first lesson of the year. Ron had been talking about how his mother was a wonderful cook, and he thought that it might be useful for him to learn a few of her recipes.

Ron had even asked for Harry to join him in the kitchen. It would be fun to try to help him make some wonderful, homemade pot luck. Harry didn’t think that he would be able to help Ron, but there was nothing to be afraid of. Except for a certain boy from the Great Hall.

“Mmm, sure,” Ron said, looking ready for a lesson in Potions.

“Let’s try something simple, then,” Harry told Ron, “and make a simple but tasty pudding.”

“Sure.” Ron grinned. “Let’s make a cake,” he added, before they took out the ingredients. Ron put down the bowl of powdered sugar and the bowl of butter, then poured in two cups of the mixture, and then he was ready to go.

Just then, Professor Snape was there, watching from a distance. “Ah, Harry Potter, Mr. Potter, come here, please,” he said as he came out from behind the bench. “Can you tell me what is going on?”

“The man in black, Mr. Weasley, is standing in front of you,” Snape said as he appeared behind them. “The man is here to take over your house.”

Harry watched him with the biggest hint of concern. “Well, sir, if that man wants to, he can leave, and if he does not, you can choose to stay or to go.”

“Very well then, Harry Potter,” Snape said, turning around and walking up to Harry. “I wish to speak with you. If I find you wanting to leave the school, I will not let you go.”

Harry turned, but as soon as he spoke Snape was back behind him, his arms around him, outstretched. “Sir Snape?” Harry asked, trying to put the words together.

“I have nothing to tell you,” Snape said, stepping back and taking out a small brown box.

“What the fuck does this box contain?” Harry asked, bewildered.

“This,” Snape said, handing Harry the box. “The last piece of the puzzle. This is the thing that will bring peace to all of you, Harry.”

Snape pulled out another box. This one contained a small glass of wine. Harry took the wine and placed it in his mouth.

“Now,” Snape said, and Harry saw the look on Snape’s face and saw how angry his face was. “I will need you to fill this box, Harry. Now.”

Harry took the small white box and filled it with water, filling it until the bottle of water was empty. Harry held the bottle up and it fell out of his hand onto the floor.

“You’re not a person, Harry,” Snape said as Harry walked away and sat down, looking at the empty bottle of water lying on the floor. “You aren’t even a human being.”

“No,” Harry said, and then he turned to Snape and whispered, “Why should I be? Why should anyone be?”

“Oh, thank Merlin,” Harry said, and then he put his head down and lay there.

Ron Weasley smiled slightly. “Well, if you’re gonna die, you better get off your ass.”

“Ron,” Harry said quietly. “We need to make sure no-one else dies, okay? Not just me.”

“I’ve already been here and done this before,” Snape said as Harry sat up, eyes still closed. “I’m going to make this pretty good. You don’t have to do anything, Harry. Just sit there and pretend to be okay.”

Harry nodded, and he felt as if he were going to have a nervous breakdown. That was his first lesson, that he should just keep quiet and pretend to be okay. He had to do this.