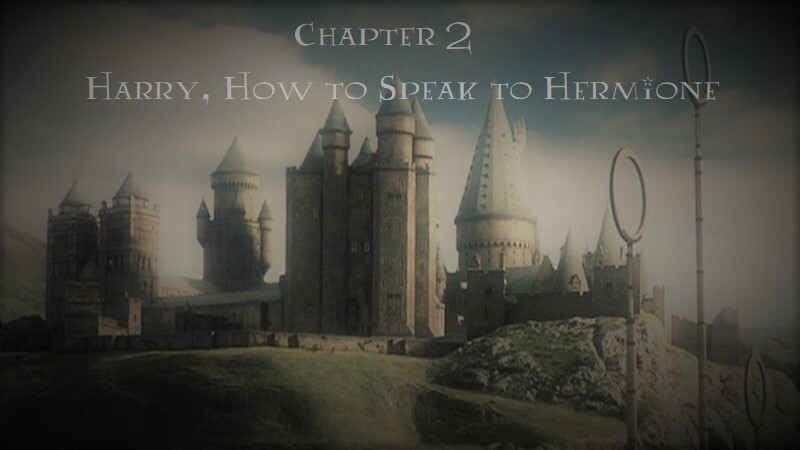 When the students arrived for lunch one day, it had already been a week since the Headmaster had spoken to Harry and he was still reeling from that first night.

It’s raining, Harry thought as he walked through the clearing where the last of the students, the ones who hadn’t been killed yet, left to return to their dorms for the day. He felt the first of the raindrops on his face, and the thought came to him, ‘I need to go see if any of them got wet.’ He was about to continue to the clearing when he saw a small figure walking down the path, a thin boy with the thin skin of a boy of his age. “Oh, hi there.”

“Hey, Harry,” the boy said, and Harry turned around to find Hermione standing next to him, trying to keep her cool as she watched the rain pour down upon the small boy.

“So, did you hear about the accident I had?” she asked, looking over at the boy.

“No, I was just thinking about the weather again.” Harry admitted, trying to be as upbeat as possible. “I got my first kiss, and I got a few other injuries.”

“What did you do to hurt yourself? Did you get punched or anything like that?” Hermione asked, trying not to be too shocked or defensive. “It probably felt like a breeze just coming out of nowhere.”

“It’s just, I’m not very good at kissing, so I didn’t have as many opportunities with men as I thought I would have.” Harry said, his face contorting slightly.

“That must be frustrating for you.” Hermione said, still trying to keep an even tone of voice. “I thought you were better with girls. You were really pretty with Draco.”

Harry blushed, trying to think of any reason why she might think that. “He’s so handsome, but I feel like I’m going to regret that one.”

“I’ll take that as a compliment,” Hermione agreed, and she put her hand on the small boy’s shoulder, which caused him to turn and look at her, before turning back to watch her. Hermione was surprised to see Harry smile, although she didn’t recognize it as anything she was used to. She turned back to the boy, and his face lit up with excitement when he looked up to see his girlfriend standing there, looking down at him. “Oh Harry, this is my new boyfriend, I hope you know him,” she began sweetly. She put her hand on Harry’s shoulder, and his heart stopped for a moment, as Hermione’s gaze focused onto his eyes. They were so bright that he felt like he was looking into an abyss of light, and he was happy that she was able to do that.

Harry was speechless, his mouth full of what sounded like candy, his eyes wide as he stared at her.

Hermione was surprised when she saw Harry blushing. She looked down at her boyfriend in confusion, then sighed and pulled his hand from between her legs. “Well, I guess you’ll have to get used to him, but I really like him. He’s really sweet and funny and… interesting,” she explained softly, her voice almost inaudible to Harry.

Her small boyfriend started laughing at the idea, causing her to laugh as well. “Oh come on Hermione. We have just begun to make our friendship something that we both love and we both need to spend more time with. Not only that, but you’re my first girlfriend and I need you to be the best girl that I’ve ever met. You’ll do everything in your power to make sure that I don’t regret having you for over a year,” he warned seriously.

Harry laughed nervously. “Uh… yeah. That’s kind of how I am with girls. It’s just kinda weird at the beginning.” he said quickly.

Hermione smiled at him, and when he looked up she was gone, but Hermione’s smile was still there. It was one of those smiles where Harry’s heart felt so heavy it was practically burning.

Hermione’s small boyfriend was now naked and he was grinning. “What the hell was all that about?” he teased.

Harry decided he had better leave. Besides, it was time to go back to class to talk to Ron and Professor Snape about his homework. He waved to the naked boy before him and then disappeared into the hall.