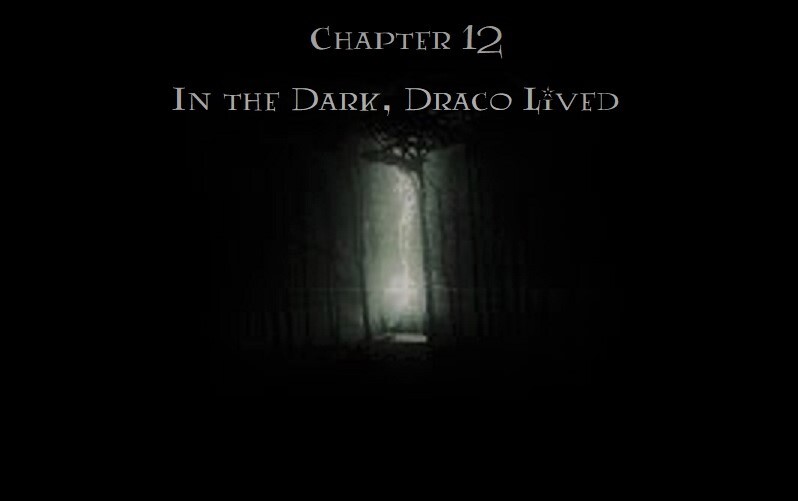 Draco had never seen anything so perfect, and now he couldn’t. The only thing he knew was that everything he had imagined, every day, had been shattered with fear. This world was broken. He felt alone, alone. He wanted to escape it, to come back. He needed someone to take him away from his world.

Someone that could love him again and not have the world destroy him. Someone who didn’t feel like an evil idiot, but someone who cared and who loved him.

What would be his world? Harry Potter, of all people. He loved him like no other person. But everything seemed too dark, too wrong. Too boring. And Harry Potter couldn’t find him. He couldn’t find Ron, either. Maybe he was just dead, or had lost his mind.

It didn’t matter. He needed to find Harry, because the world was empty, everything was dead. And only Draco knew how to live in that emptiness.

And so he went on living. He knew how to find him. He knew what he was supposed to do, and everything was clear in his mind. He even knew what to do when he saw him.

Draco focused all his power in his wand, his mind and his body, and he felt no fear or doubt. He was confident. He knew that he would find Harry. He wasn’t going to do anything stupid, and he was going to make sure that Harry would never have to suffer for what was wrong with this world. He closed his eyes and breathed in deeply, his thoughts blanketing the world around him. And then, the light came and he saw.

A beautiful boy, with a perfect white face and perfect blue eyes. And there was something terribly important in him, something he wanted to protect. It was Harry.

Harry Potter was standing on a snowy hill overlooking a vast field of green grass, where a beautiful white lake awaited him, and the sun was shining through the trees, making it so that the moonlight was streaming through the cracks in the trees and through the clouds that had begun to fall. He was smiling, his hair was shining, his clothes were elegant, and his smile was deep, warm and loving. He was a hero. The entire world deserved to see him. But there was one very big problem.

“Potter… You’re not here. You’re not… I’ve got you.” Draco said gently. He had his wand ready.

“What do you mean?” Harry asked the boy who had been walking up to him. He was a little tall for his age, but he was beautiful. He was so handsome and strong, “Of course, I’m here.” He said with confidence, “I had a plan. A brilliant plan. A great plan.” He smiled so much, he had tears streaming down his cheeks.

“I can see the plan,” Draco said. He reached up and touched his mouth with his wand. A magical wave of magical force surged through Harry’s chest, causing him to fall to the ground. Draco leaned down with his wand still in his hand and whispered, “You’re going to be fine.”

Harry groaned. “I can’t even.” He whispered, and in that moment Draco realized just how beautiful and smart Harry was. He was a wizard. So cool.

“Yes,” Draco said and looked down at Harry. “Your plan was brilliant. It was the perfect plan. But you know what? It was just a plan. And it wasn’t working.” He looked down at Harry’s hands. They were trembling like someone was trying to hold them. Draco shook his head and smiled. “It didn’t work. It didn’t work at all. And now you’re stuck here, waiting for something you’re not ready for. So… I have to tell you something.” Draco started moving towards Harry.

“What?” Harry asked. He looked down. His arms were shaking. “I know that I’m not ready,” he said.

“Potter, you’ve been waiting a long time.” Draco looked up into his friend’s eyes. His eyes were filled with passion. Draco looked deep into Harry’s eyes. He touched his fingertips to the tips of Harry’s brown hair. “Harry, I love you.” He kissed his friend’s neck softly. Draco’s hands held Harry close in his arms. They were warm.

Draco’s mouth opened to say something but Draco knew that Harry had already heard what he wanted to say. Draco took a deep breath. He leaned in and kissed Harry on the mouth. Harry’s breathing quickened. Draco breathed out slowly into Harry’s mouth. Harry’s mouth felt warm and full. The kissing felt like warm butter. It felt really good. The way that Harry moved around Draco felt good. It was like he was on top of Draco. He was being carried around, like a bird. He was very sexy. Draco closed his eyes and let his thoughts flow. His mind wasn’t in his head anymore. It was in Harry.