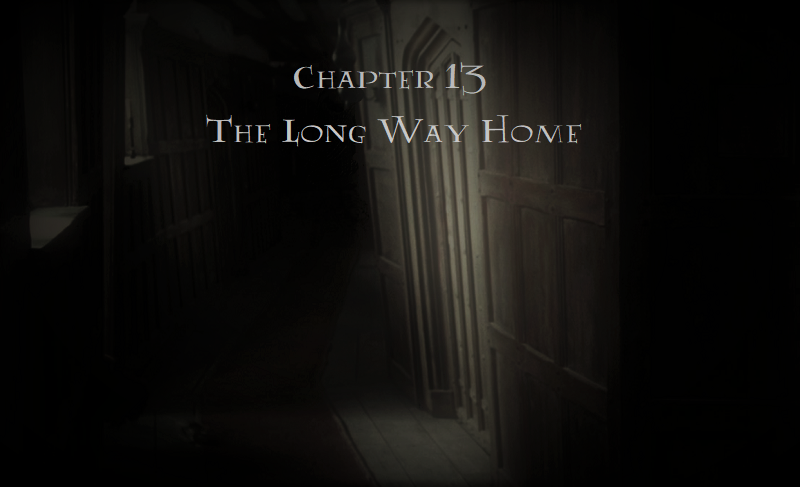 Elsewhere, Ron was fighting his way through a crowded corridor. He was on the top floor with only one door left to go through, which was locked with some sort of magical security. It made Ron really sad. He was fighting through his friends like a wild bull and all of them were there, waiting for him. Ron hated it. Ron would have preferred they were gone. They were his friends and they were going to make him miserable. “Hey!” Ron said to the people on the top floor. “Can I talk to you guys?” he asked them.

“Sure thing,” they said and started to walk toward him. Ron took one look at them and immediately backed up.

Ron felt a hand wrap around his wrist and pull him away from his friends and through the door, closing it behind him. They were gone. He turned around to find it was Hermione Granger, Ron’s best friend. She was smiling up at him and seemed to have been watching him from the back of the room. Ron was terrified and could hardly contain his emotions and kept shouting, “It’s a trap!”

Hermione sighed and leaned forward and kissed Ron on the forehead before whispering something inside Ron’s ear. It was a spell she had just learned. The light came to Ron and made him see it clearly as she spoke to him, “We’re in a realm of existence called ‘The Dimension of Unknowns.’ In this realm, there is nothing to do but fight your fears and fear for a living, while trying to make sense of what you’re experiencing. None of this is real.” Hermione smiled as if that were just part of her job.

“No,” Hermione reassured him and continued her description of the universe before Ron could even formulate an opinion. “In reality, there exists only three dimensions: ‘One’, ‘Two’, and ‘Three’. They all exist in equal proportions and are all called ‘Time’.” she gestured at the universe around her as she went. She then noticed that Ron was crying. “Are you okay?” she asked. She held out her hand and Ron shook it.

“Oh,” she said with a sigh and gave him a hug. “Good to see you, Ron,” she said as she pulled away, smiling.

“Hey, Hermione,” Ron said as she took a step forward to sit down. “How did you know where we were?”

“We didn’t, actually.” Hermione started to explain. “Harry and I had this plan to defeat the prince, but we didn’t realize it would be a bad idea. It was too complicated. It made no sense. We just thought, that’s a big threat, we need to destroy him so the world doesn’t get attacked again. That’s how it all came to be.”

Ron nodded and she went on, “You know, the thing about him that really interested me was his arrogance. He thought he could just fly all around the world and kill everyone without a problem, and no one would care. He thought he could be the best wizard on the planet. And when it became obvious that he couldn’t have that, he took what little glory he had and turned into an asshole, making fun of all those stupid people he thought had wronged him. The only thing I liked about him was his heart. It was always there. Always, always, always. So we just went where his heart was, and ran into you and Draco. And that’s the way it turned out.” Hermione glanced around, “Oh, now we’re in a part of the dimension that looks like the Forbidden Forest,” she said. “That’s cool.”

“I’ve heard some stories about the Forbidden Forest.” Ron looked at her for a moment. “It’s supposed to be dangerous and weird and frightening. It’s almost like the afterlife but you know where the hell you are? Like, this is where all the witches live. I think this is where all the witches die. That’s why they call it the Forbidden Forest, I guess. Because it’s so empty.”

Hermione felt her stomach drop, and then it was just sitting there, “Ron, you’ve been there before. You know that stuff doesn’t make sense.” She sighed heavily, “Come on, I know the way out, it will never lead to Hell. Just come with me.” She stood, and Ron followed her.

She led them up a narrow path that curved past a ruined castle, where the trees were thick and the path was flat. Then the forest was thick with greenery, a thick forest of trees. They passed through a small lake with small, floating pools of water and then out to a river that was deep and brown and green and filled with birdsong. They walked down this path until they reached a small clearing, where she led them out, saying, “Now we’re getting somewhere. Let’s take a look around.”

Ron looked around, and saw that the place was full of trees, bushes, moss, and grass. He pointed at some of them. She didn’t explain them to him. He took a look at the grass, noting its color, its pattern, the variety of colors there. “This kind looks like the kind of grass that’s growing here, I think. Oh, and there’s Harry and Draco next to some other flowers.” He pointed.

“Oh.” She paused for a second, staring at them. “Oh my God. The way they’re looking at each other now… ” She trailed off, frowning. “And the way they’re kissing. And also how they’re running their hands up each other’s… I guess it’s like they’re giving each other little… tugs?” She stopped and gave him a questioning look.

He just shrugged, walking on through the clearing. “I love how you can’t even describe what this whole scene is about. And I think they’re both just happy to be here.”

Hermione shook her head. “I’m sure that, when they’re together, they’re really into it.” She glanced at her watch. “We should get back, it’s almost time to get dinner, and we should definitely be there, since I’m sure they want a snack for dinner or something, and I haven’t eaten for quite a few days.”

Ron looked worriedly at her, “We can’t miss dinner at all!” He went over Harry and Draco and said, “Guys! I’m hungry!” They both jumped and looked at him in surprise.

Harry looked rather embarrassed. “Uh… yeah, we’re probably going to miss out on dinner, since there aren’t going to be any food stalls down there either… ” He mumbled as he pulled on his robe again, trying to look as composed as he could be, “I guess we have to go to the Great Hall first though? The Head Table doesn’t allow any outside food.”

Draco laughed as he picked Harry up from the ground. “What a load of rubbish! What, they’re just going to throw us out? Draco Malfoy and Harry Potter, the best couple in history, are going to sit where they want and eat what they want to eat. No one wants them eating anyone else.” He held Harry up in his arms and pulled out his wand. He paused, looking at Ron and giving them an odd look. “Weasley… That song you sang.”

“That’s a great song, Weasley.” Draco smiled slyly. He looked like a baby that had just given birth, having only one hand free.

“Yes!” Ron burst into tears. He wanted to cry all the time, it was so beautiful. He couldn’t help it.

Harry spoke up in a worried voice. “Wait, what about Tom Riddle Jr.? Won’t he get out too?”

Hermione snorted, walking up to the boys and looking them straight in the eyes. “Nope. There’s no way for Tom to leave, he doesn’t have any friends left.”

Harry frowned, but Ron just grinned. “He just has the worst name!” he said happily.

Hermione rolled her eyes and turned her face away as she and Draco opened a portal back to the school grounds. It was just in time for the day at Hogwarts to end.